Our Maine boat adventure began before we left the dock – with a crash. No, not another boat…that was the sound of our friend tumbling down the ramp at low tide. I have to give her credit – she spilled not a single beer out of the overloaded cart into Portland Harbor, and she didn’t shed a single tear either.

Our boating friends had a beautiful new 48’ Sabre and invited us along as crew –and locals who know the Maine waters. We knew the first order was medical attention to a quickly swelling shoulder, despite our stoic friend assuring us she was ”fine.” Two hours and xrays later, we were all on board sipping drinks, with one broken humerus in a sling, but good humor and spirits. Our wounded one whom we dubbed One Wing insisted we stay on course boating up the Maine Coast.

After a nice dockside dinner at Dimillos, and a night’s rest in the gracious staterooms – a bit restless for One Wing, we awoke to a perfectly calm sea and sun. We set out on our 98 nautical mile journey to MDI – Mount Desert Island, and Southwest Harbor.

It was a beautiful passage out Casco Bay by Halfway Rock, Seguin Island and Cuckolds Lighthouse, with a lunch anchorage in peaceful Merchants Harbor, south of Stonington and Deer Isle on Merchant Island.

Merchant Row is famous for its many islands, 40+, loaded with towering pines and sloping granite boulders that meet the brilliant blue sea. As we traveled further Downeast, the seals and porpoise became more plentiful, the pink and silver sparkling shores more splendid. This is true Maine, best seen by boat… ideally a brand new 48’ Maine-made Sabre yacht.

Passing Bass Harbor Headlight to our Port we circled past Cranberry Islands ~Big and Little, Bear Island Light, into Northeast Harbor with views up Somes Sound – North America’s only fjard (like a fjord). Our destination was Dysarts Great Harbor Marine in picturesque Southwest Harbor where we would dock for two nights.

In the fine company of Hinckleys and Morris Yachts, built right here, we enjoyed Dysarts’ peaceful but well-equipped marina. Showers, Wi-Fi, and Grumpy’s restaurant for a bountiful homemade breakfast are all in sailor’s reach. Jane and her crew at Dysarts are super helpful and friendly, suggesting walking paths, outings and places to dine.

Our crew poked around the shops of Southwest Harbor – favorites include Moody Mermaid and Sawyer’s Market. Strolling out the quiet island streets toward Clark’s Point where the US Coast Guard is stationed, and Beal’s Lobster Pound, was a great leg stretcher.

We did not ride the Island Explorer – the free bus system of Acadia National Park, sponsored by LL Bean, that would take us to Bar Harbor. We preferred staying on the “quieter side of MDI”. Next time we will hike Acadia Park (when no one has a broken arm). Perhaps we’ll play a civilized game of croquet too, and sip cocktails at the Claremont Hotel with a perfect vantage toward Somes Sound.

Boating westward the next morning brought spectacular views of the Blue Hills to our North. Entering the mile-wide Eggemoggin Reach, a boaters paradise and one of the prettiest channels anywhere, we glided along the 10-mile passage by the Wooden Boat headquarters, then idyllic Center Harbor on the mainland and Deer Isle to our Port. Cruising under the huge Eggemoggin suspension Bridge that soars to 85 feet at center is impressive on any vessel.

As we emerged from the Reach around 1854 Pumpkin Island Lighthouse off Little Deer, we cruised by Cape Rosier, a cliffy shore with magnificent homes clinging to the hillside offering the fortunate few amazing views of the Camden Hills in the distance of Penobscot Bay.

Our next overnight was Castine, the pretty peninsula village where Maine Maritime Academy is based. This historic town is as charming as it has been challenged by occupations since the 1600’s – from the Natives, to the Dutch, French, and British, and now college kids, 89% male – hence the nickname Maine Male-time academy, with studies of oceanography and marine engineering.

After docking, we lunched alfresco at Dennett’s Wharf – a wonderful waterfront gin joint in Castine. Clams, calamari, mussels and Maine seaweed salad never tasted so good – with a cold Maine microbrew and a view of the Bagaduce River. After lunch, we contributed to Dennett’s sailloft covered in dollar bills – a fun tradition that has benefited the families of 911, Hurricane Katrina and a local fireman. Dennett’s donates the haul of dollars off the ceiling (averaging $12K each time).

Castine is a gem to explore, from the ole fashioned ice cream and craft shops, to the elm tree shaded streets, battle bunkers and forts perched by the sea. Dyce Head Light is private so you can only pass by, but Witherle Woods is a wonderful 185-acre preserve of trails open to the public offering a bird’s eye view of Penobscot Bay on Lookout Loop.

Dinner in Castine at the Pentagoet Inn was extraordinary – this traditional 1894 inn serves local seafood lovingly-prepared. A gorgeous sunset on the boat concluded our perfect Castine day ~ heaven.

Next morning, crystal clear calm waters brought us to Pond Island – a postcard-perfect uninhabited island in the heart of Penobscot Bay – with a tidal pond centerpiece. We brought the dinghy to the beach that circles the 30-acre island – loaded with smooth skimming stones, driftwood, seashells and a few sand dollars found by One Wing in a sling – her eagle eye senses compensating.

Bucks Harbor was our next mooring. This beautiful horseshoe cove is well protected and poetic. Brooksville and nearby Brooklin inspired the literary works of EB White, you know Charlotte’s Webb, and Robert McCloskey’s One Morning in Maine, Blueberries for Sal, and Make Way for Ducklings, to name a few.

Bucks Harbor Marine provided us a big secure mooring ball, amid the clinking of sailboat masts by the calm shores dotted with a few cottages and the 3rd oldest yacht club in Maine. Bucks Harbor facilities include a large dinghy dock, showers, WiFi, provisions and a chance to walk on terra firma.

A short walk up a steep hill and we were on a quiet street heading toward town – which consists of one general store, one church and Bucks Harbor Restaurant. Watching the sun set from the boat, after cool drinks, great music and a bountiful meal on board, was a signature end to a sublime day at sea.

The next day, our destination was Stonington on the southern tip of Deer Isle for Fourth of July festivities with promise of an old home day parade, lobster bake and the crustiest crab contest (my crab curiosity was piqued), followed by fireworks. Bang, we hit something, a log perhaps, and lost one boat prop… big bummer. With twin screws we weren’t dead in the water, so we turned toward Belfast for repair. To say the adventure started and ended with a bang is bad, sad form. Boats can be repaired, bones mend, memories remain for a lifetime.

Meanwhile, be sure to read our Maine humah blog inspired by the natives I met along the way, best things to do in Castine and Southwest Harbor’s Top 10.

Mainers are funny people, not always funny like LOL – more like odd, peculiar, even perplexing. They aren’t typically wicked chatty, but they have…

Fathers day is coming! We think it’s time to show dad how much we actually care.  What better way than trip to Maine to… 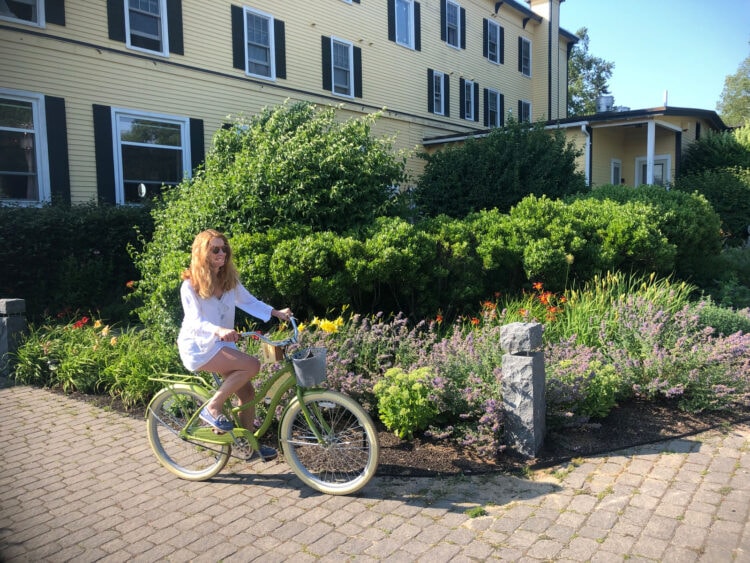 Spring in Maine means many things to many people. For some its the best part of a pretty fantastic ski season – ski resorts Sugarloaf, Sundy… From its picturesque coastal towns to its many parks and hiking trails, Maine is well-known for its natural beauty. But Maine is becoming more… 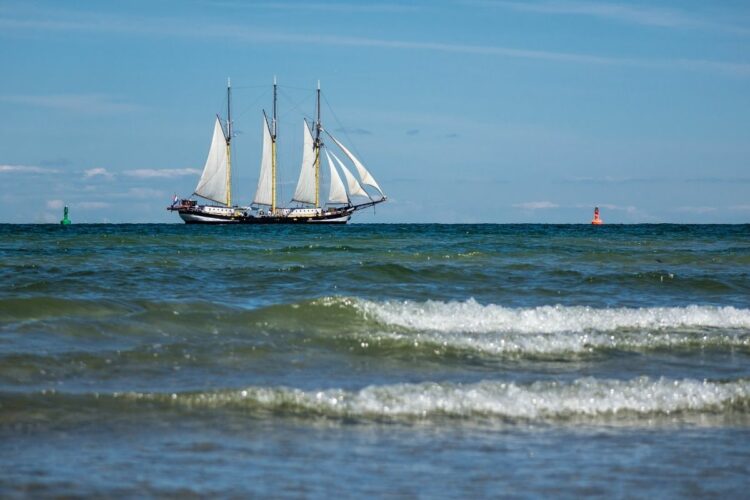 True seafarers say the best way to see Maine is from the sea. We agree. Once you have watched a golden Maine sunrise from…