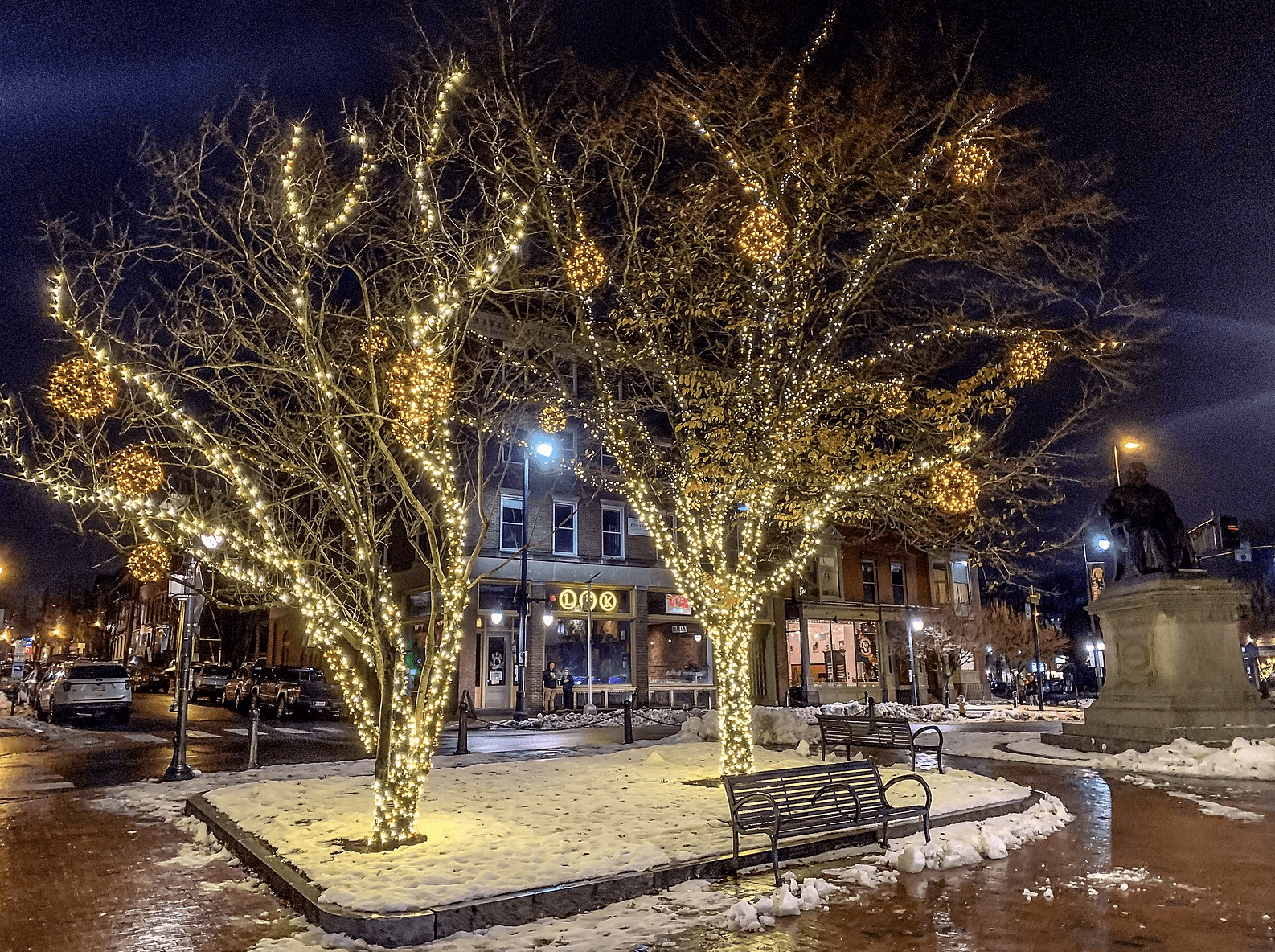 Maine is home to more than just nature — you’ll find picturesque inland and coastal towns with more festivals and events than you can imagine. New Year’s Eve is one time when cities across the state celebrate to the nines.

To help you decide what to do, here are several options for celebrating New Year’s Eve in Portland Maine and nearby towns. Our list includes the top events, our favorite restaurants, and quiet places to explore, so there’s something for everyone.

Attending an NYE party or event is a classic way to ring in the new year. You might only think that there are live music and dancing events in Portland Maine, but you’ll soon learn that this city is home to a variety of unique New Year’s Eve celebrations.

Live Music at the Bayside Bowl

In downtown Portland, the Bayside Bowl is the place to go for bowling. This venue has 20 sanctioned lanes with 10-pin bowling. The bar serves award-winning food and craft cocktails, and the rooftop deck offers excellent views of the city against the sunset. Plus, you’ll have the chance to dance to live music.

Concerts at the State Theatre

If you want to see a theatrical performance, the State Theatre is the best destination in Portland. And for New Year’s Eve, the theatre plans to host a memorable concert. It’s certainly one of the most fun ways to commemorate the new year in Portland Maine.

Multiple Shows at the Southworth Planetarium

To see more than one show on New Year’s Eve night, head to the Southworth Planetarium. The planetarium puts on all of its popular shows in a single night for the price of a single ticket. At midnight, it puts the Times Square ball drop on the full dome projector.

For a unique and charitable New Year’s Eve experience, take a dip in the icy waters of East End Beach during the Polar Bear Dip & Dash from Southern Maine Community College. The Dash portion of this event is a 5K run around Back Cove in the late morning. At the end, the runners sprint into the water for the Dip.

Organized by the National Resources Council of Maine, the purpose of this event is to raise awareness about the council’s efforts to reduce climate change and support clean energy for Maine’s future.

If there’s one thing you won’t have trouble finding in Portland, it’s something delicious to eat. There are plenty of Portland Maine restaurants, bars, and clubs where you can grab a bite and drink before or while watching the clock strike midnight.

Throughout the winter season, the Portland Harbor Hotel transforms into a large party venue with exceptional outdoor ice bars. It’s a fantastic place to enjoy cocktails and hors d’oeuvres with a mix of music and dancing. Just make sure that you wear warm clothes!

In the historic Old Port district of Portland, the Old Port Slice Bar and Ice Bar is a laid-back spot where you can have dinner and drinks before the new year comes. Along with brick-oven pizza, craft beer, and cocktails, the full bar upstairs has an awesome atmosphere and music.

Another Old Port district spot, the Old Port Tavern has been serving the community since 1972. Located in the historic Mariners Church Building, it might be the best tavern for dinner and drinks on New Year’s Eve, especially if you want a juicy steak sirloin or melt-in-your-mouth prime rib.

For pure dancing and drinks on New Year’s Eve in Portland Maine, go to the city’s biggest nightclub — 51 Wharf. The club has multiple floors and bars with three stylish private rooms for groups. It’s a charming, sophisticated, and bedazzling place.

You don’t have to stay within the city of Portland to enjoy New Year’s festivities. Many other places in the Greater Portland and Southern Maine regions host similar events.

Less than an hour south of Portland, the New Year’s Eve Bash at Mainestreet is located in Ogunquit Maine. This event features two dance floors, four bars, and multiple DJs playing music that you can’t help but dance to. Also, you can enjoy pizza, fun party favors, and a champagne toast at midnight.

Do you want to see something other than a traditional ball drop for the new year? At the New Year’s Eve Kennebunk event, you can watch the Wild Maine Blueberry drop from the First Parish Unitarian Universalist Church steeple.

Kennebunk Maine is only about 30 minutes from Portland. If you don’t want to wait until midnight for the blueberry to drop, the town schedules a 9 p.m. drop too. Plus, there’s late-night ice skating at the Waterhouse Center.

One of the most entertaining shows in Maine, Something Stupid consist of very talented people who simply want to make the world fun. The comedic nature of the show and the crowd interactions set it apart from other cover bands and entertainers in the business.

For New Year’s Eve, Something Stupid plans an unforgettable event with special guests, loads of laughs, and musical amusement.

Gorham Maine comes to life with its New Year’s celebration. The whole day is filled with activities of all kinds, including wildlife encounters, science experiments, musicals and concerts, and face painting.

You’ll also find family-friendly food menu options in the Gorham High School cafeteria and concession stand, as well as at the event cafe. At the end of the night, there’s a fireworks display.

If you like “good times and bad dancing,” Erik’s Church in Windham Maine is the place to go. Nestled in the Maine Lakes & Mountains Region less than 30 minutes from Portland, this music venue hosts country bands from across the state as well as Boston Massachusetts and Nashville Tennessee.

Alongside world-class entertainment, Erik’s Church has great food and drinks, from top-shelf bourbon and whiskey to local beers. For its New Year’s Eve bash, you can catch a free shuttle from up to 5 miles away.

Experience the Great Outdoors for New Year’s Eve Near Portland

Just because it’s New Year’s Eve doesn’t mean that you have to stick to related events and festivities. Instead, you can observe the new year coming in by exploring Maine state parks in Greater Portland.

Only about 10 minutes from downtown Portland, Mackworth Island is a beautiful place to welcome the new year. A causeway connects the 100-acre island to the mainland, and it has a unique blend of natural and human history.

An easy 1.25-mile trail circles the island and offers gorgeous views of Portland and Casco Bay, as well as passing boats and ferries. If you walk at a leisurely pace, it takes about an hour to complete the trail, and you can take small side trails to the shore. You can go fishing and wildlife viewing too.

Less than 20 minutes from Portland, Two Lights State Park in Cape Elizabeth is a popular destination to enjoy the rocky coast of Maine. Although, you might have most of the park to yourself on New Year’s Eve.

With over 40 acres of rocky headlands, the park has a nearly 2-mile network of trails that run along the high shoreline where you can watch sailing ships and other boats enter and exit Portland Harbor. The trails also offer sweeping views of the Atlantic and Casco Bay.

If it has snowed, you can go snowshoeing on the trails. Additionally, the park is an awesome place for a New Year’s Eve picnic.

While you’ll have to park outside of the park gate on New Year’s Eve, Ferry Beach State Park in Saco Maine has a 1.7-mile network of trails with panoramic views of Old Orchard Beach between Saco Bay and Pine Point to the north.

When there’s snow on the ground and in the trees, the park becomes a magical place to ring in the new year. The trails are great for snowshoeing too.

In addition, the 100-acre area has a nature center with guided programs and a picnic area. An interesting part of the park is that it has black gum trees (tupelo trees) because it’s rare to see them at this latitude.

Find More Things to Do in Portland Maine During Winter

While you’re enjoying New Year’s Eve in Portland Maine, why not experience more of winter in Maine? Portland is one of the best Maine winter vacation spots, and there are many more Maine events to attend. And for your winter getaway, there are lots of fantastic lodging options in the Portland and Casco Bay region. 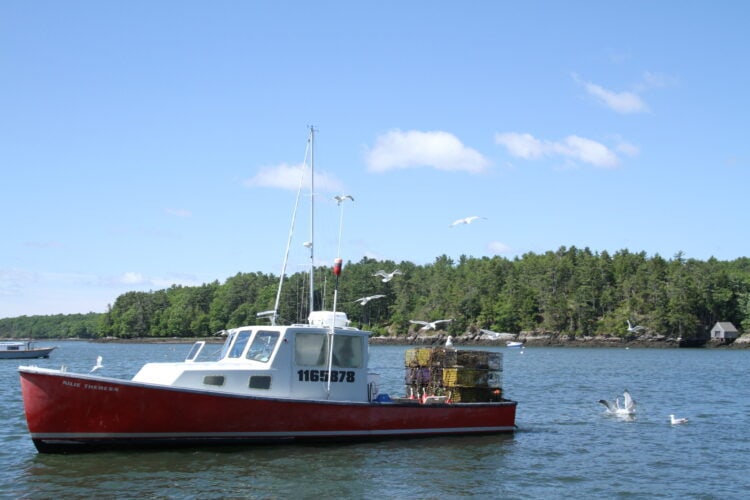 A fun way to get out on the water is on a Maine Lobster Boat and/or Scenic Boat Tour. Departing from seaside villages and… 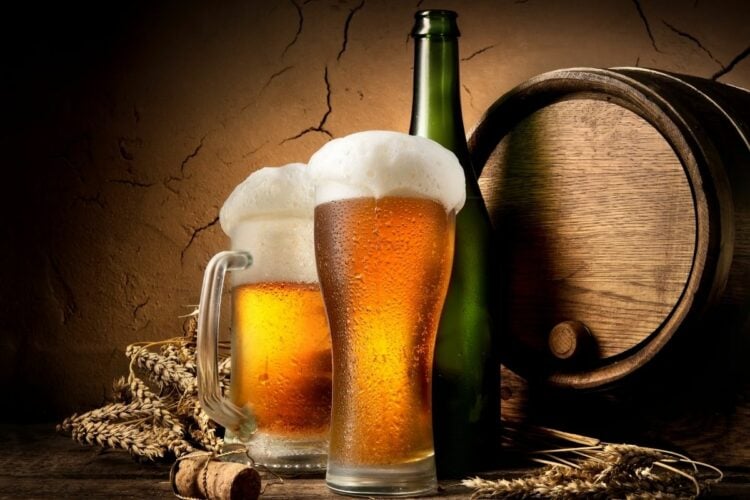 Maine is known first and foremost for its lobster, that delicious crustacean from the coast. The Pine Tree State is also a major producer of… 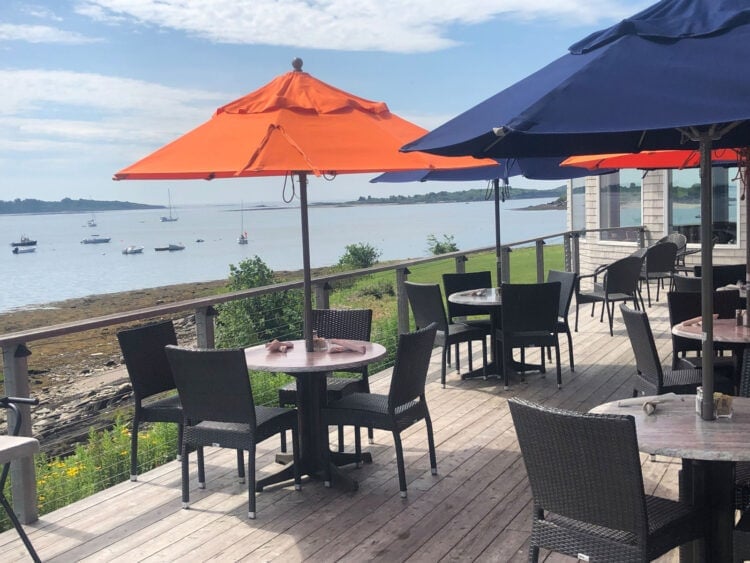 These are “unprecedented” times for Maine’s tourism industry. Ayuh, you’ve heard that one, but “we’re here for you.” Heard that one too – LOL….

Blessed with lots of prime wildlife, big game, vast countryside and woodlands, hunting is an old sport in Maine. Hunters in Maine have a… 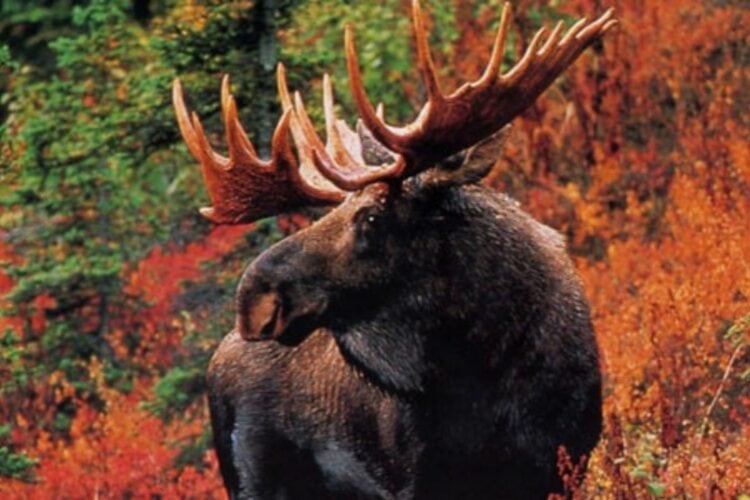 The Maine official state animal is the Moose. Many visitors come to Maine in search of the big moose and never find him (male…