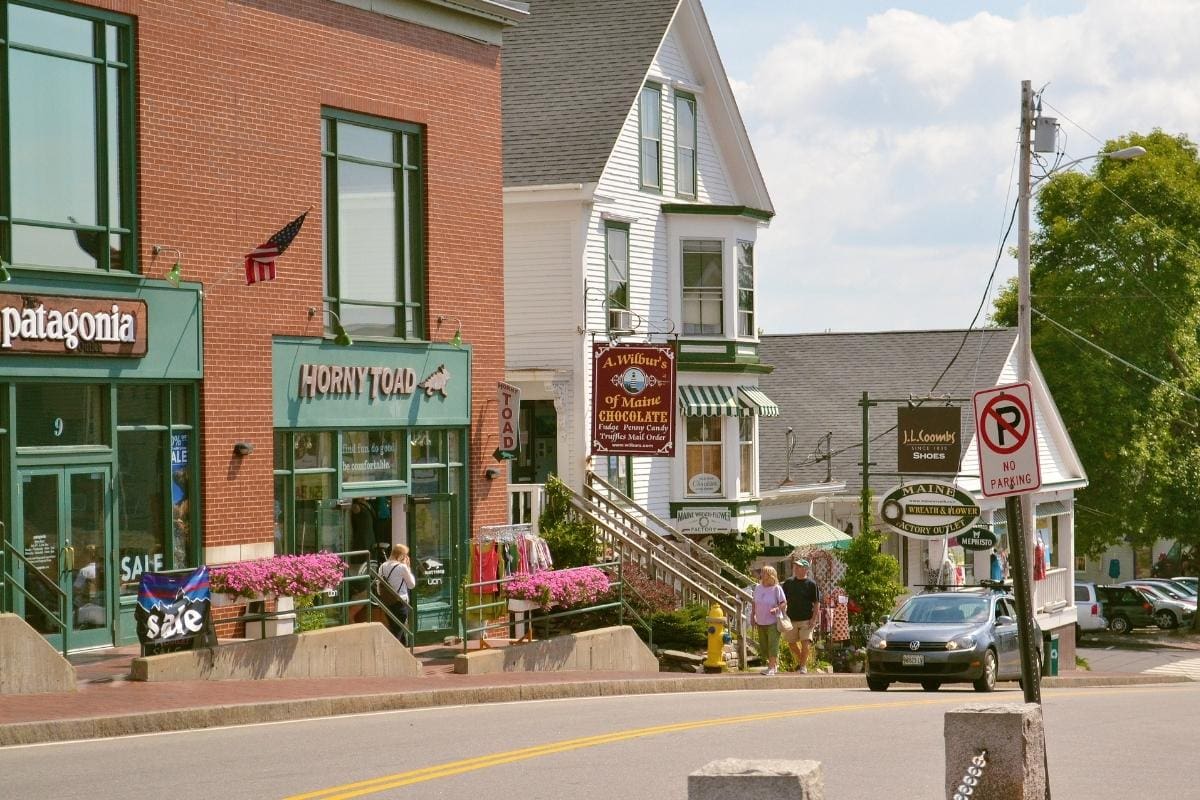 Nestled on Maine’s southern coast on the shores of Casco Bay, just north of Portland, is the cozy little town of Freeport Maine, once known as the “Birthplace of Maine.”

Once a prominent part of Maine’s shipbuilding and timber operations, Freeport is now known as a shopper’s paradise. It’s home to numerous outlet stores, including L.L. Bean.

But, Freeport is more than just a shopper’s paradise. It’s a town full of rich history, beautiful scenery, and a dedication to the arts. You can marvel at Freeport’s historic buildings, visit the Desert of Maine, explore Wolfe’s Neck Woods State Park, attend a fun local event, and so much more!

If you’re looking for a fun Maine day trip or hoping to stay and explore for a few days, Freeport Maine offers so much to see and do.

Getting to Know Freeport Maine

Though it was first settled around 1700 and known as Harraseeket, Freeport wasn’t officially incorporated or known as Freeport until 1789.

Freeport was so named because of the openness of its harbor and was comprised of four villages — Freeport Corner, South Freeport, Mast Landing, and Porter’s Landing. Today, those villages make up the Harraseeket Historic District and are listed on the National Register of Historic Places.

It was once nicknamed the “Birthplace of Maine,” but in recent years, that has turned out to be no more than a myth. For years, it was accepted as fact because of an old plaque at the now-closed Jameson Tavern, which commemorated the signing of papers in 1820 that separated Maine from Massachusetts.

The Home of L.L. Bean

Town historians have found that Freeport never officially adopted or endorsed that motto. However, the town is the birthplace of L.L. Bean, which grew from humble origins when Leon Leonwood Bean opened a store at Freeport Corner in 1912, selling hunting shoes known as Bean Boots.

The store became so popular that, by 1951, it was open 24 hours a day and eventually grew into a billion-dollar business. Today, L.L. Bean’s Freeport store serves as an anchor for the town’s numerous outlet stores.

The Best Things to Do in Freeport Maine

Shop ’til You Drop at Freeport Outlets

Among the many things to do in Freeport Maine, outlet shopping is very popular with over 170 name-brand retailers offering discounted options. Some of the brand names include Banana Republic, Ralph Lauren, Tommy Hilfiger, Nike, and Coach.

The world-famous L.L. Bean flagship store is also located right in the heart of Freeport and takes hours to explore from the ground to the top floor. It’s open all day, every day, and there are also L.L. Bean outlet stores throughout town.

L.L. Bean is the premier outdoor apparel and equipment store in the country, celebrating over 100 years of business. It has everything for all of your adventure needs, including tents, sleeping bags, kayaks, and travel gear, as well as ski equipment, clothing, and world-famous Bean boots.

Also, Freeport is home to some local shops that feature handcrafted jewelry, home decor, and specialty foods and treats:

Wolfe’s Neck Woods State Park offers over 230 acres of land to explore, and it’s just a five-minute drive from downtown Freeport. Surrounded by the rocky shores of Casco Bay and the Harraseeket River, common visitor attractions include kayaking, boating, and even clamming!

Wolfe’s Neck Woods has approximately 5 miles of paths that wind through its pine tree forests and along the seacoast. Since the park grounds are relatively flat, this is an ideal destination for small children or physically challenged visitors who have a hard time navigating large state parks.

Bird-watchers should pack binoculars in the spring to view the babies and in the fall as the birds get ready to migrate south. In the winter, you can go snowshoeing and cross-country skiing throughout the park. Off one of the trails, you can view Googins Island, an osprey sanctuary.

Explore the Unique Desert of Maine

Freeport is home to one of the most unique tourist attractions in the state — the Desert of Maine. Just 4 miles from the shops of Freeport, you’ll step into history as you stroll across 20 acres of sand dunes formed from a glacial outwash during the Ice Age and tour the barn that dates back to the 1700s.

There is a guided or downloadable walking tour that explains the rich history and the evolution of this geological phenomenon. Additionally, you can walk well-marked nature trails, visit the unique gift shop, and grab refreshments at the Oasis Cafe.

Plus, kids have a blast digging in the sand for gemstones and climbing the natural playground. There’s even a campground right on the edge of the sand if you want to extend your stay.

Head to South Freeport for a Boat Tour

South Freeport is home to a large working fishermen’s harbor, where you can dine on freshly steamed lobster and seafood while watching boats travel in and out of the Harraseeket River.

If you are looking for some adventure on the water, hop aboard a scenic ocean cruise or sailboat charter. You can even rent kayaks or enjoy an L.L. Bean Discovery School tour with a Maine guide to explore tidal rivers full of wildlife.

See History Up Close in the Harraseeket Historic District

Many historical buildings are still standing in Freeport Maine thanks to the local historical society, including many original homes, schools, and churches.

In fact, the town is so dedicated to preserving history that when a McDonald’s wanted to open up on one of the properties, it was only allowed to do so if it kept the original building, preserving the unique New England feel.

The Harraseeket Historic District makes up some of Freeport’s oldest maritime villages and stretches along the banks of the Harraseeket River:

There are so many great events all over Maine during the year, and several of them are held in Freeport.

Travel to Yarmouth to See Eartha

The town of Yarmouth Maine, south of Freeport, is home to Eartha, the largest full-scale rotating and revolving globe in the world. The kids will marvel at the big planet Earth on display.

Where to Eat in Freeport

Chowder cafes and seafood restaurants line Main Street in downtown Freeport Maine. On the waterfront, you will find classic clam shacks and lobster pounds serving fresh Maine lobster rolls with a water view. Here are some of our favorite Freeport spots to grab a bite.

Wicked Whoopies is the best spot to grab a New England favorite — the whoopie pie. Try a classic whoopie or choose from several different flavors, like lemon, gingerbread, and chocolate chip.

Petrillo’s Food & Drink offers classic Italian favorites, like meatballs and antipasto. It also has an extensive menu that features American favorites and plenty of kid-friendly options.

Lobster Cooker prides itself as the home of the only live lobster tank in town. It’s a great spot to get steamed Maine lobster, specialty burgers, tasty apps, and more.

Wilbur’s of Maine has a location in Freeport and sells hand-dipped, handcrafted chocolates and other tasty treats. Choose from candy, fudge, crunchy treats, seasonal favorites, and more.

Where to Stay in Freeport

A Freeport stay is centered around outlet shopping and waterfront settings. Most hotels, resorts, and motels are located off of Route 1, leading directly into the Freeport village only a short distance from the highway, which is not the case in many Coastal Maine towns.

You’ll find bed and breakfasts with gourmet meals, great hotels with affordable stays, Maine resorts with extra amenities, and inns in Freeport Maine. You can even camp by the waterfront on state park grounds.

What is famous about Freeport Maine?

Freeport is well known as the birthplace of L.L. Bean and is also known for its numerous outlet stores.

Is Freeport Maine worth visiting?

Absolutely! Freeport is a fun, historical coastal town with plenty to see and do, including outlet shopping, dining opportunities, plenty of outdoor activities, and so much more.

Why is it called Freeport Maine?

Freeport is so named because of the openness of its harbor. It was previously known as Harraseeket in the early 1700s.

Whether you come for the fabulous outlet mall shopping, the natural beauty of Wolfe’s Neck Woods State Park, or to visit a charming Maine town, Freeport Maine will not disappoint. It’s teeming with rich history, plenty of culture, fun events, and, of course, delicious seafood.

There’s something for visitors of all ages to see and do, so start planning your trip to Freeport Maine today. Come see for yourself why it’s one of the state’s best and favorite vacation destinations. 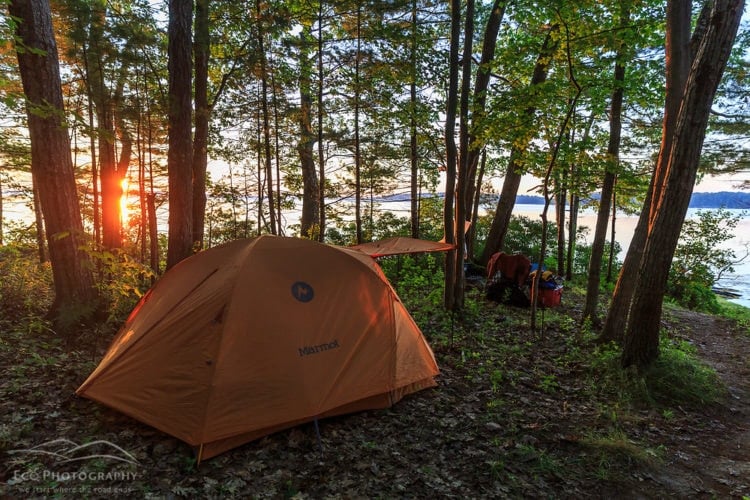 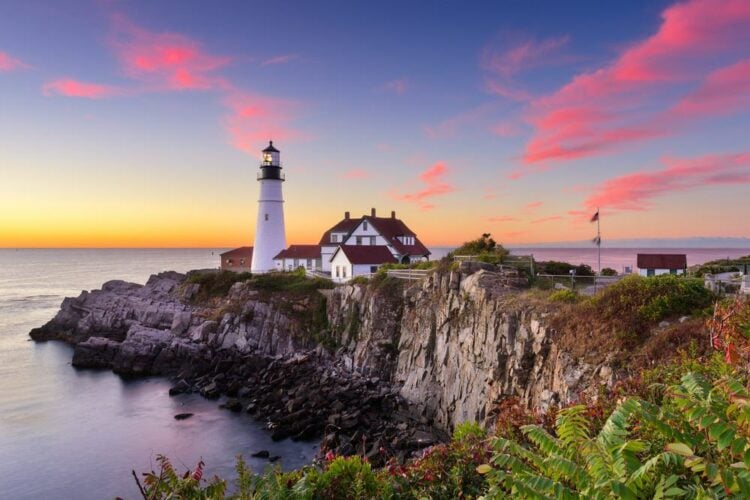 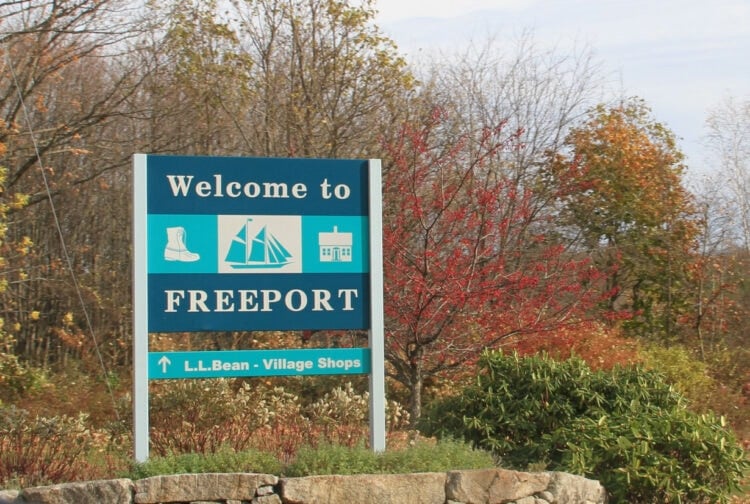 Commanding the northern edge of Casco Bay, just 20 minutes north of Portland, is the town of Freeport. Best renowned as a shopping mecca,… 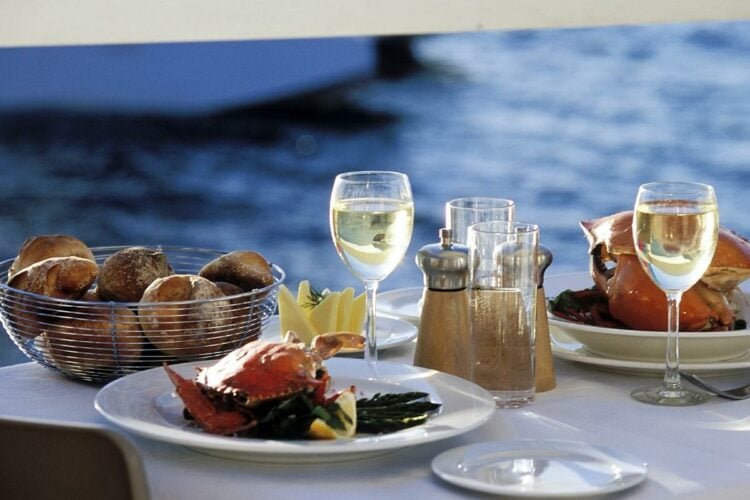 Portland Maine has become famous as a foodie paradise, attracting top chefs to put their best plates forward. And we’re not just talking about…

Portland, Maine, has a 400-year history of European colonization, but it still doesn’t get the credit it deserves. This beautiful city has been a…