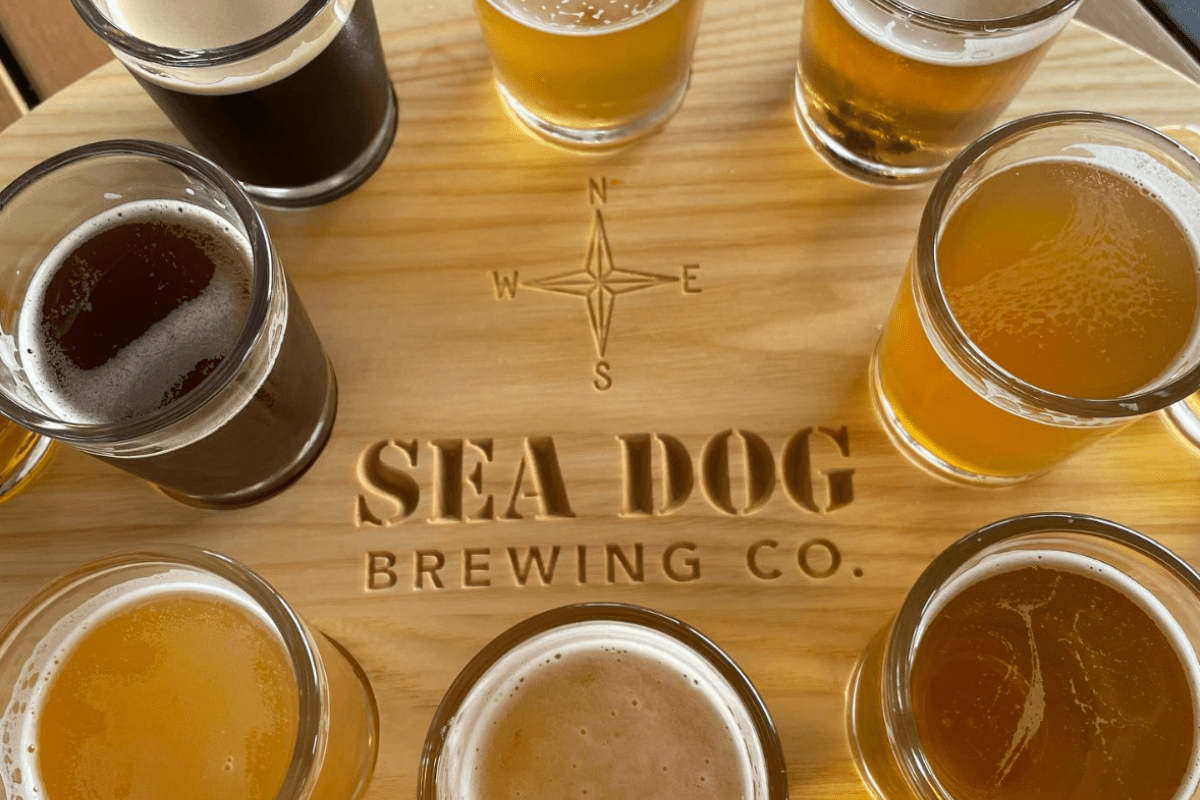 There are so many things to do in Bangor Maine — and bar hopping at local brewpubs is one of them! Despite it being a smaller town, there are quite a few fantastic Bangor Maine breweries.

Whether you’re looking for a unique, inventive pour or a more traditional stout, ale, IPA, red, or more, these breweries in Bangor Maine will have a beer (or three) that you’re bound to love.

The brewers at Bangor Beer Co. are not afraid to experiment and push the norm with their beers. They frequently create new pours in varying styles with unique combinations of ingredients and hops.

If you’re a fan of sours, you must try the Wandering Fruit (rotating fruited kettle sour) with flavors like apricot mango and cherry raspberry. Looking to forget that it’s winter? Sip on Juri, a double dry-hopped New England IPA with smooth notes of passionfruit and guava.

You can find changing selections of beer in the tap room, canned beers, and wines for sale. Hungry? Grab a bite to eat while you’re there — there’s a mouthwatering Asian fusion menu with fare like ramen, curry rice noodles, sushi, and gourmet burgers.

Sea Dog Brewing Company is a Brewers Association-certified Independent Craft Brewer, so you can toast with a fantastic ale while supporting smaller-scale craft brewing.

You can easily spot the beer — the logo is an adorable hat-wearing dog riding in a boat. Head to the Bangor Maine brewery to enjoy pub fare paired well with one of the draft beers.

Have a warm, Bavarian-style Brewhaus Pretzel with a Sea Dog Stout, which is a well-balanced, traditional Irish stout. Or, pair the Maine lobster roll with the Owls Head Light, a crisp and clean golden ale.

In fall, sip on the seasonal, locally brewed pumpkin ale. The hints of cinnamon and nutmeg create an aromatic, spiced flavor. Can’t decide what to drink? Then, order a beer flight!

Since 2004, Black Bear Brewing has provided a community hub with great beers in Maine. They’ve been a staple in the Bangor Maine breweries scene since 2018, with the opening of a second location downtown inside the historic Nichols building.

The family-owned and operated brewery, roastery, and taproom has an innovative and ever-changing selection of pours. Check the blackboard for updates, but some longtime local favorites include:

Geaghan’s Pub & Brewery has been a proud Bangor Maine brewery since 1975. It’s one of the most successful, longest-running brewpubs in the state. Popular pours from the microbrewery include Presque Isle Honey Blonde, Higgins Irish Red, Bangor Brown, and Dad’s Oatmeal Stout.

After you order a drink, enjoy some savory American pub fare served with an Irish twist — like Irish Nachos made with potatoes instead of tortilla chips, a bowl of Dublin Coddle (Irish sausage, potato, bacon, carrots, and onion in a traditional broth), or the Angry Irishman Melt (shaved steak, bacon, pepperoni, and jalapenos melted with pub cheese).

Just looking for a simple, relaxing, beer-sipping experience? Head to Geaghan’s second location, a tasting room just a few minutes across the river in Brewer.

The Orono Brewing Company downtown Bangor tasting room is nestled inside a building with historic architecture constructed in 1912. Take a seat at the copper bar to taste some of the locally brewed, traditional, and unique pours.

Fans of sweet and fruit beers will love the Go Blue! Blueberry Milkshake Ale. It’s crafted in celebration of the nearby college and brewed with hundreds of pounds of blueberries, vanilla, and milk sugar. More traditional beer enthusiasts will enjoy the juicy, tropical Tubular IPA.

If you’re up for a short 15-minute drive, head to the Orono flagship location, which has a full kitchen, a brewery with more than 20 draft lines, a beer garden, and a tasting room.

This Bangor location does not have a kitchen but welcomes you to bring in take-out.

Since opening, the brewer at 2 Feet Brewing has created over 40 craft beers. One of the most popular is the spicy Barn Burner, a dark Saison complemented with ghost pepper and jalapeno. A few other fantastic craft brews include:

Continue your journey on the Maine Beer Trail at this Bangor Maine brewery!

Minutes across the bridge in Brewer Maine is Mason’s Brewing Company, a Maine brewery specializing in craft beers using only high-quality hops and other ingredients. Along with the rotating taps, you can grab a bite to eat while you’re there!

Some pours that you can sip while relaxing at the taphouse include We Made It!! (a Belgian quadruple crafted in celebration of the brewery’s sixth anniversary), Black Widow (a cider brewed with fresh New York apples and blackberries), and Orion (a New England hazy IPA).

Interesting Fact — The brewery’s namesake is John Mason, an early explorer of the region who discovered and mapped Maine’s waterways.

Another neighboring Brewer, Blank Canvas Brewery crafts all of its beers solely with quality ingredients sourced from Aroostook County. Drink local at this nano-scale brewery that offers both pours to drink on tap and 32-ounce growlers to take home.

This brewery near Bangor Maine is the perfect place if you’re looking for unique and complex flavor profiles. The creative brews include interesting ales, like Dill Cucumber Pale, Coconut Red, and Roasted Garlic Alt Bier.

You might also want to try the Chocolate Orange (a double brown ale brewed with cocoa, citrus hops, and orange peel), Canuck Chinook (a beer brewed with local maple sap), and Belgian WaffAle (a Belgian wit-inspired ale brewed with strawberry and biscuit malt).

About 15 minutes away in Orono is Marsh Island Brewing, a brewpub with good eats and smooth pours crafted from quality ingredients. Sip on one of the draft beers or take some of the 16-ounce craft beer cans home with you.

If you want to try several of the unique brews or share sips with friends, you can order a beer flight! You can enjoy sitting inside or outside on the patio while you relax with your new favorite beer! The brewery even hosts fun community events, like live music and themed parties.

Less than a 30-minute drive south of Bangor is Penobscot Bay Brewery. Enjoy views of the Penobscot River while you sip on great selections of beer, wine, and cider — all made in-house. When you visit the tasting room, you can even order a mix-and-match flight with combinations from any of the three!

The old English-style taproom has been a staple in the local beer scene since 2009. Toast with a blonde ale, lager, Scottish ale, brown ale, stout, or an IPA.

The brewery is also home to Winterport Winery.

Airline Brewing Co. is only about a 35-minute drive east of Bangor, and it’s worth the trip. The Amherst Maine brewery is in an unusual location — housed in the former Paul Bunyon Furniture Company building.

The brewery has kept some interesting woodworking treasures and vintage collectible pieces. While you enjoy a beer, you’ll be sitting on refurbished woodwork machinery from the 1800s and 1900s.

In desperate need of comfort food? Drive down to the Ellsworth, English-style pub location to indulge in homemade pasties!

Once you’ve enjoyed sipping through these Bangor Maine breweries, have a bite to eat at some of the city’s many superb dining options. Satiate your palate at local eateries like The Fiddlehead Restaurant, Nocturnem Draft Haus, Pho Hoa Grill, and more!

Want to discover what else Bangor Maine has to offer? Book a room at a Bangor hotel or bed and breakfast so that you can explore local hidden gems and much more! 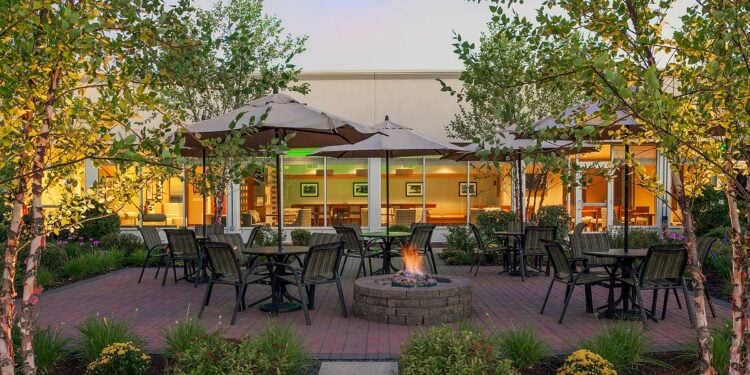 Bangor was settled in 1791 as a fur and fishing trade center, named after an Irish hymn. Originally explored by Samuel De Champlain at… 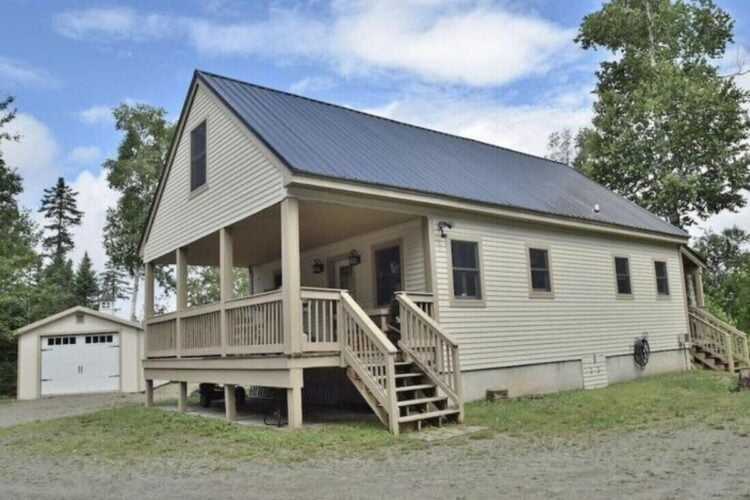 Just within an hour and a half of Bangor and 15 minutes from the Greenville – Moosehead region, resides the charming town of Shirley in the heart of…

Bangor is widely considered one of the best cities to visit in The Pine Tree State. This ultimate guide will provide a list of… 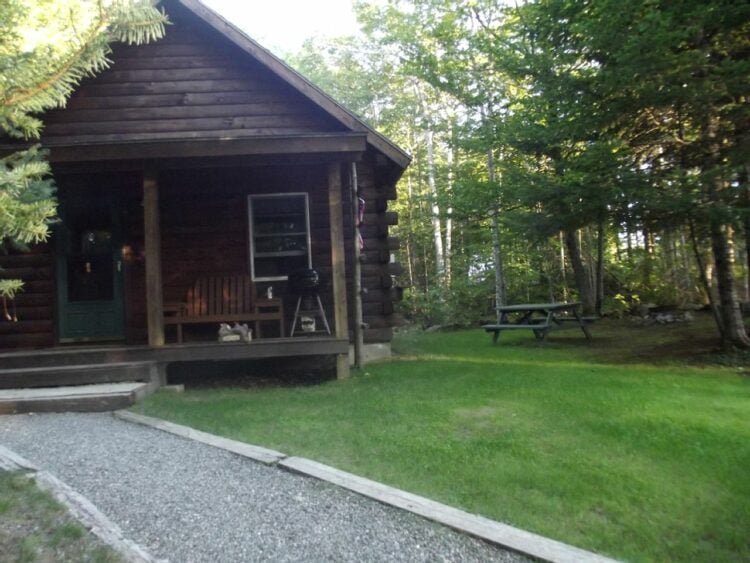 Lincoln is famous first and foremost for its 13 lakes. This beautiful part of Maine sits on the banks of the Penobscot River, and… 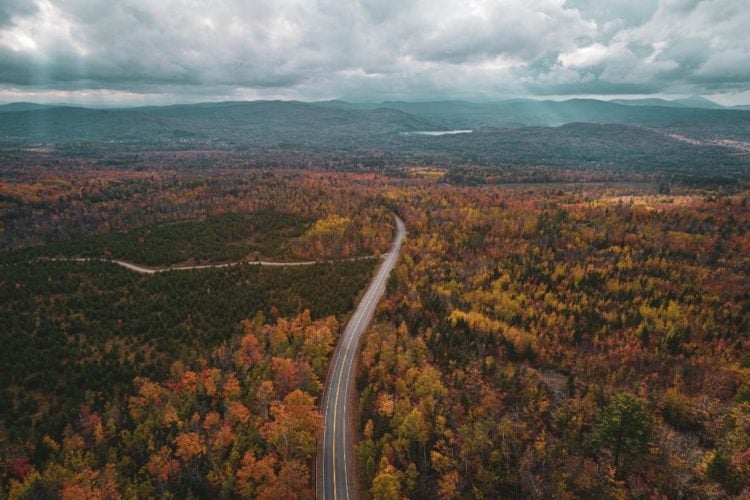 Come to Maine’s Highlands where you can get a feel of what “roughing it” is all about. As you travel the back roads to… 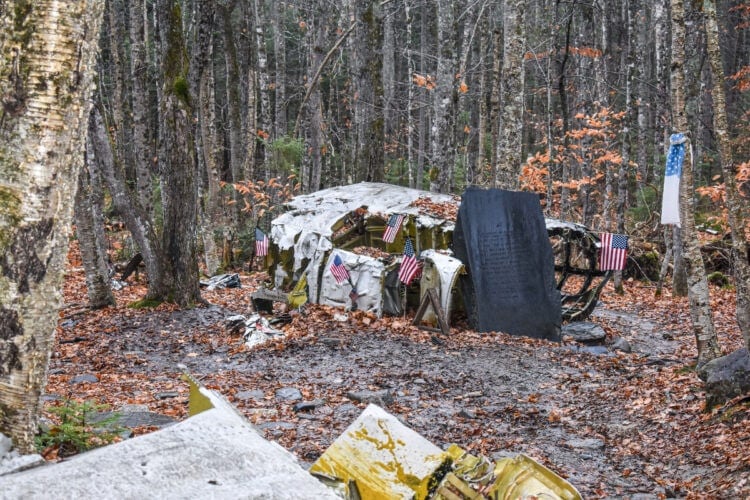 Tucked into the Highland region on Elephant Mountain, a B52 crash site Maine honors stands in silent salute to the sacrifices made during the…